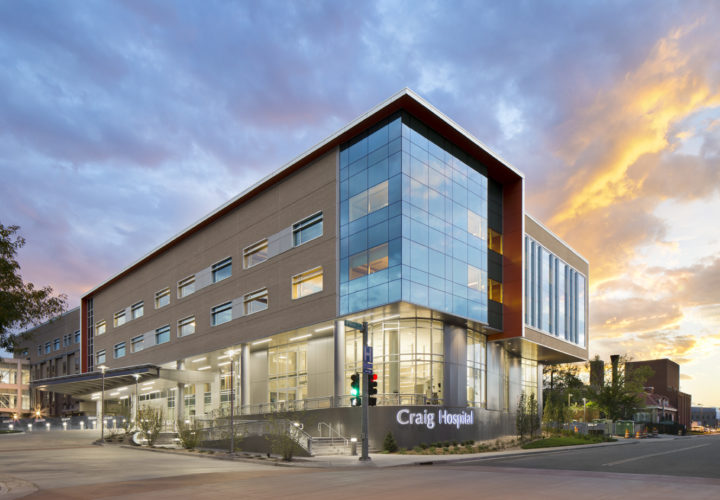 ENGLEWOOD, Colo., July 21, 2015 – U.S. News & World Report announced today that Craig Hospital has been ranked a top ten rehabilitation hospital in the United States for the 26th consecutive year. Craig has ranked in the top ten every year since the rankings began in 1990.

A survey of rehabilitation physicians from across the country results in the annual rankings, in which Craig was chosen #7 in the U.S. for rehabilitation.

“We’re proud to be recognized by physicians as one of the best rehabilitation hospitals in the nation,” said Mike Fordyce, president and CEO of Craig Hospital. “Our reputation as a leader in rehabilitation has held strong for decades. Most importantly, our patients and graduates live more independently because of our individualized patient care, innovative therapy, technology and research.”

Craig Hospital, a non-profit, freestanding facility in the greater Denver area, specializes exclusively in rehabilitation and research for people who have sustained spinal cord injuries (SCI) and brain injuries (BI). Known for the extraordinary longevity of its staff, Craig has also developed a reputation for unsurpassed independence, productivity, and life satisfaction in patients following catastrophic injury.

In addition to the annual top-10 ranking by U.S. News and World Report, Craig Hospital has received the NDNQI® award as the nation's top rehab hospital based on quality outcome measures four out of the last five years.

Craig Hospital is a world-renowned neurorehabilitation hospital and research center specialized in the care of people who have sustained a spinal cord and/or a brain injury. Located in Englewood, Colo., Craig Hospital is a 93-bed, private, not-for-profit care facility providing a comprehensive system of inpatient and outpatient medical care, rehabilitation, neurosurgical rehabilitative care, and long-term follow-up services. Half of Craig's patients come from outside of Colorado. Craig has been ranked as a Best Hospital for Rehabilitation by U.S. News & World Report for 33 consecutive years. Craig received the NDNQI® award in 2009, 2012 through 2015, and 2020 for the highest quality outcomes in nursing care in a rehabilitation facility. Craig also received its 4th recognition for excellence in nursing by the American Nurses Credential Center (ANCC) Magnet Recognition Program® in 2020. The 2020 recognition ensures Magnet designation until the year 2025. Craig was voted by employees as a "Top Workplace" by the Denver Post in 2012 through 2016, 2018, 2020 and 2022, was ranked in the top 150 places to work in healthcare by Becker's Healthcare in 2014, and named a 2021 Top Workplace USA by Energage. For more information, visit craighospital.org.

Go to our press kit  Sign up for our email newsletter 